One way to combat the addiction crisis is by preventing it.

For the last few months, New York has been embroiled in a once-in-a-generation fight against COVID-19. With our health care heroes going into overdrive, policymakers extending emergency relief, and millions of New Yorkers committed to stopping the spread of the virus, we
are finally seeing gains.

Yet, as the rate of coronavirus infections and deaths declines across our state, we cannot afford to overlook another health crisis that affects thousands of New Yorkers every year: the opioid epidemic.

Now that our state is reopening, we expect there will be a surge in patients resuming elective procedures that were postponed due to the pandemic. From cataract surgery to hip and knee replacements, health care facilities will soon see a skyrocketing demand for surgical procedures, many of which utilize fentanyl or other powerful opioid-based painkillers. Restored access to surgery is good news for patients — but without access to non-opioid alternatives, it could accelerate addiction and overdose deaths across New York.

Prior to the pandemic, the opioid crisis took the lives of almost 3,000 New Yorkers in 2018 and more than 67,000 across the country. Now, the situation may be even more dire. From Albany and Columbia County to Long Island and Western New York, there has been an alarming spike in overdose deaths since the COVID-19 crisis began. Sadly, this echoes a nationwide trend.

Far from going away, the impacts of the coronavirus and related economic fallout have only accelerated the loss of life in our communities. According to the American Medical Association, addiction thrives on isolation, increasing the risk for relapse and overdose — a reality that is especially troubling as New Yorkers adopted social distancing measures to stop the spread of COVID-19. Just as people with opioid use disorder are missing the social supports that aid their recovery, many are also finding it more difficult to access addiction care, including medication-
assisted treatment and peer support groups.

Unemployment, now terribly common as the economy plunges into a recession, is another major factor: for every one percent increase in the unemployment rate, there is an associated 3.6 percent increase in opioid overdose deaths. Depending on the speed of America’s economic recovery from the pandemic, the U.S. could see an additional 154,000 despair-related deaths (including overdoses) over the next decade.

As our state continues to open its economy and resumes elective health procedures, more must be done to combat addiction — starting with preventing it from taking root in the first place.

Research shows that roughly 3 million Americans become persistent opioid users (i.e., they continue to take the powerful painkillers for three to six months) after undergoing surgery. Moreover, doctors prescribe a whopping 82 opioid pills (on average) to each patient, opening up enormous avenues for abuse and diversion. Reducing the amount of opioids is critical, as the amount originally prescribed is a strong indicator of a patients’ probability of becoming a persistent user.

Unfortunately, there are structural barriers that make non-opioid alternatives hard to access when undergoing surgery. Medicare, for instance, reimburses providers separately for opioids through Part D, while non-opioid-based therapies such as long-acting local anesthetics, NSAIDs, and innovative drugs and devices used during surgery are not. As a result, there is a major financial disincentive for doctors to utilize non-opioid alternatives — even if they are shown to be safer and more effective.

But Medicare not only fails to reimburse doctors separately for any of these valuable treatments, it incentivizes them to use fentanyl and other highly addictive painkillers instead. In normal times, this is nonsensical; during a deadly epidemic, it is unconscionable.

In order to address this “upstream” pathway to addiction, Congress must amend the law so that Medicare can create separate reimbursement for non-opioid treatments used in hospitals and surgical centers. The bipartisan Non-Opioids Prevent Addiction in the Nation (NOPAIN) Act (S. 3067/H.R. 5172), championed by Rep. Anthony Brindisi, D-N.Y., would do just that. By removing incentives to favor opioids, the NOPAIN Act would allow patients and providers to choose the option that makes the most sense, while greatly reducing the flood of opioids into our
communities. While providers will still be able to prescribe opioids when appropriate, it will go a long way towards stopping addiction, diversion, and overdose deaths in New York.

The NOPAIN Act is no silver bullet. But, as surgical procedures skyrocket in the coming months, it is the right first step towards preventing opioid abuse. 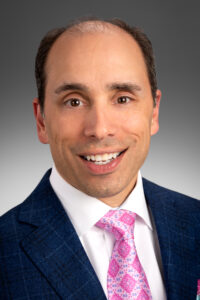 Dr. Michael Endl is head of ophthalmology at Niagara Falls Memorial Medical Center in Niagara Falls, and medical director of the Ambulatory Surgery Center of Western New York in Amherst.

Posted in Blog, In The News

©2021 All Rights Reserved. The website designed and maintained by Glacial Multimedia, Inc
The material contained on this site is for informational purposes only and is not intended to be a substitute for professional medical advice, diagnosis, or treatment.
Always seek the advice of your physician or other qualified health care provider.
If you are using a screen reader and are having problems using this website, please call 716-564-2020
Privacy Policy | Non-Discrimination Policy | Accessibility & Website Disclaimer